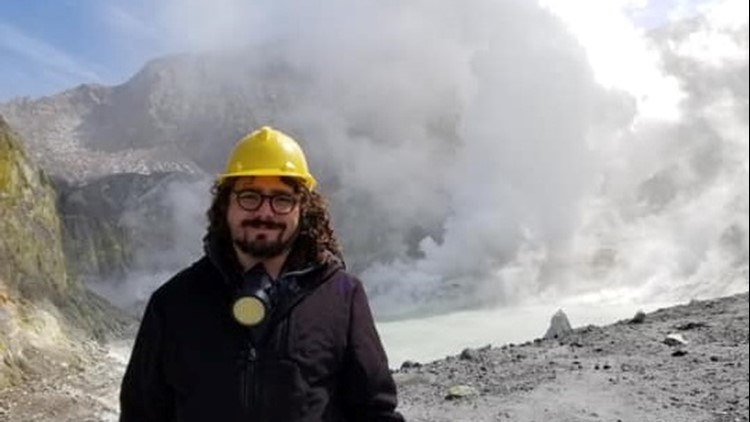 Minnetonka man recalls visit to White Island: 'I didn't know how dangerous it was'

A Minnetonka man was shaken when he checked his phone and learned about the tragedy on White Island in New Zealand this week.

Ari Feblowitz was in New Zealand in September, working on a film, when he and his wife visited the volcano. He booked the excursion online.

"I didn’t know how dangerous it was until the morning before we went," he said.

He had learned when booking that there were hazards associated with going to an active volcano, but it was when he did some online searching that he discovered how real the chance of an eruption was.

"I just thought when they said 'hazards' they meant like Yellowstone, acidic areas," he said. "I was like, 'Wait, is this safe?' ... I never got the impression that it was this dangerous before."

Feblowitz said he and his wife discussed it, and still decided to go on Sept. 15. When they were on the island, he said, the tour guide told them for the first time, "It could erupt at any moment." Feblowitz said the tour guide suggested they should hide behind rocks in the case of an eruption.

An email Feblowitz forwarded to KARE 11 from White Island Tours does tell guests that "Safety equipment consisting of a hard hat and gas mask" will be provided. It does not mention a risk of eruption, but directs recipients to the website for more information. That website now takes users to a page that says "We are currently experiencing an emergency" and offers information for people with missing family members.

KARE 11 has reached out to White Island Tours for comment.

Now living in LA but originally from Minnetonka, Feblowitz said he and his wife said to each other after their experience, "Someday we're gonna hear about that thing erupting."

He didn't know it would be so soon.

"It felt a little bit like, 'Oh my gosh, that could have been me,'" he said. "On a geological time scale, very little time has passed."

Feblowitz and his wife are going back to New Zealand soon.

"I will probably be a little bit more cautious now," he said. "When you go you’re like, 'What are the odds of it going off?' But I’m sure that’s what the people who were there thought, too."

Feblowitz said his thoughts go out to victims and survivors of the eruption.

"I’m really sorry for them and their families," he said. "I can’t imagine how scary that is for everyone."